Rett's Circus Birthday Cake! (Click any photo to enlarge it!) 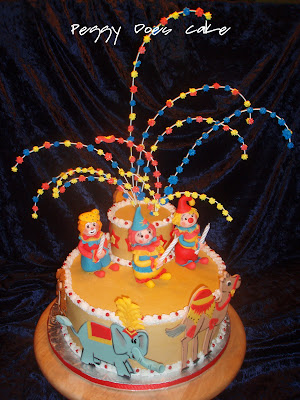 This was one of the most challenging cakes I’ve ever made. Based on a story book called “Monster Birthday Party,” I was asked to recreate the monster's cake (which wasn't anything to do with monsters at all, but rather had a circus theme). The cake featured animals parading around the base of it, clowns marching around the tiny top tier (each holding a candle), and had sparkler-type “fireworks” spewing out of the top (which I was asked to somehow include). At the same time that I was given a theme to go by, I was also given creative freedom and so was allowed to bring this cake to life in any way I wanted - and that made making it a total blast. 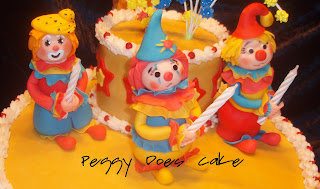 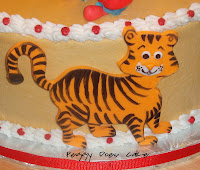 The “fireworks” are royal icing flowers piped onto pre-shaped floral wire. I filled a drinking straw with royal icing, poked the “bouquet” of wires into the straw, and after it dried, I insert the straw into the cake – tada! No wires touching cake! 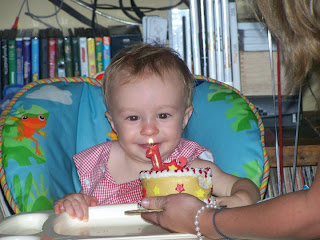 Look at this angel face! This melts my heart and reminds me why I love making cakes for my sweet friends and their sweet friends! Happy birthday to little Rett! I’m so happy and grateful his mom had the creativity to dream up such a clever, fun idea for his cake - and that I was the one who got to make it!
Oven’s on – I’ll be back soon.
~ Peggy 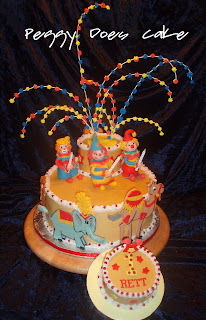